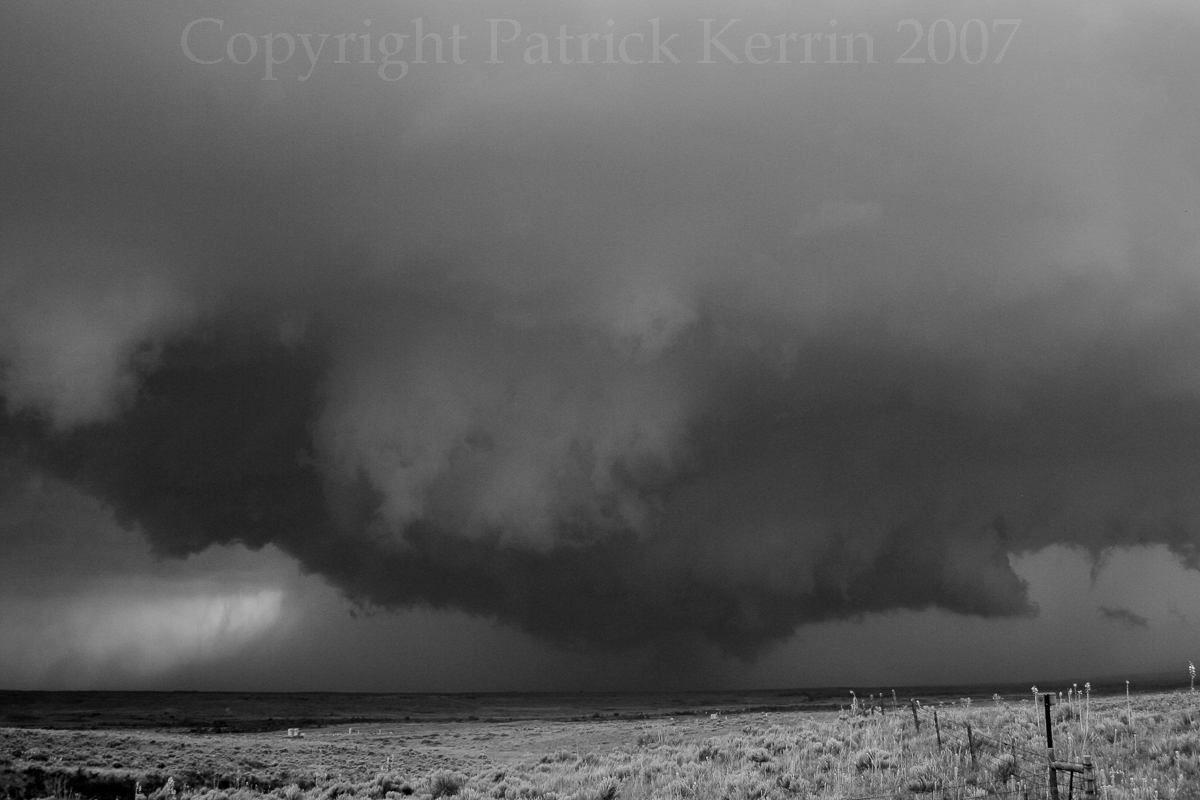 Joining in the current black and white processing craze!

Will start with something subtle. Pre-storm sky from May of 1997.

Spend many hours at the Amarillo Weather Office with Brian Curran (then Warren Faidley showed up and we left). This in looking east from US 207, down in the beautiful Palo Duro Canyon.

Cirrus uncinus over early cu (a 50 kt. mid level jetmax was approaching from the SW). Taken with one of my old Pentax ME Super (I had two!) and processed in Lightroom 4.3.

Ended up chasing the convection that later developed just off the Caprock, with most of the time spent between Turkey and Matador.

Started out at Amarillo and initially chased north east near Pampa but blew that off and picked up the cells in the western panhandle. I really like how the twilight works with the updraft in the grey scale version of this image: 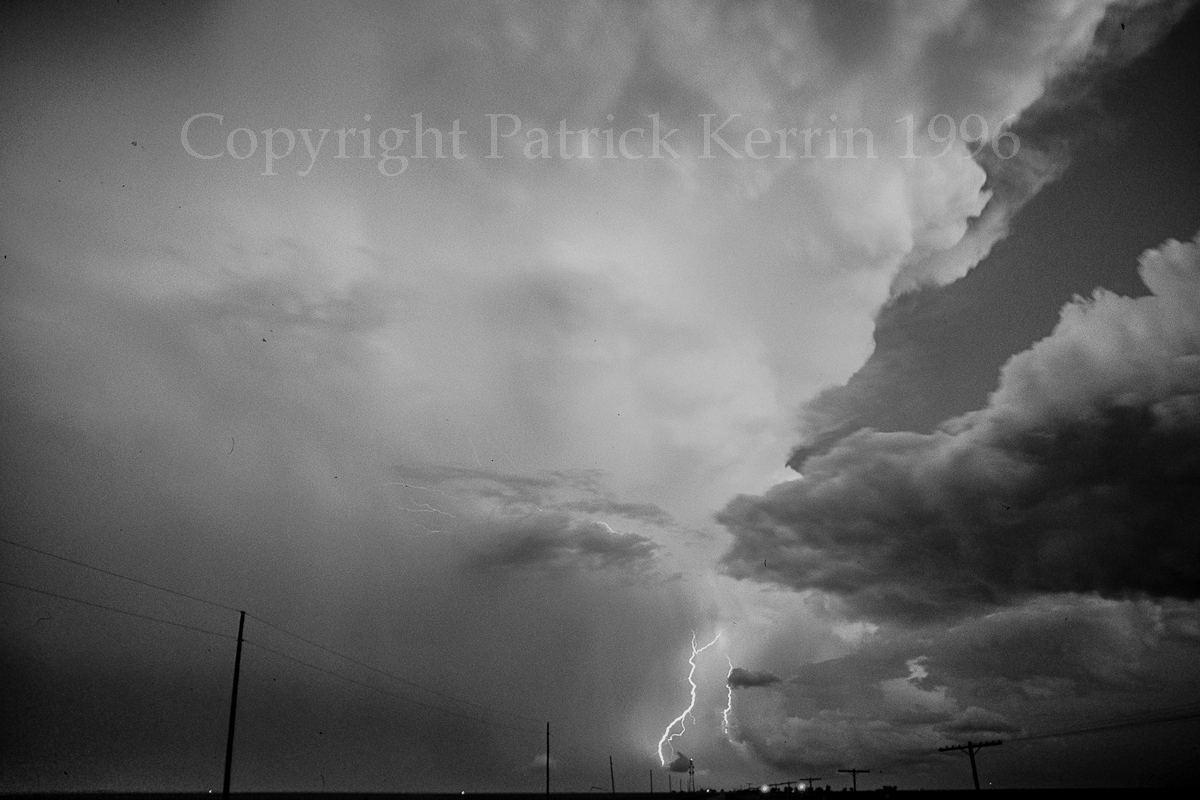 Moving forward to 30 May, 2012, west of Childress, Texas. Maturing supercell that would later produce giant hail (this small cluster of supercells produced official hail reports up to 4.5 inches). We (John Moore, Linda Kitchen, and Kathy Velaquez) got “Delormed” (navigational snafu where map fails to let us know that the road we are on will turn to dirt which will be unnavigable once wet).

We found a safe place to park the vehicles (large metal-roofed car port) in the middle of nowhere and rode out the barrage of hailstones (up to roughly just bigger than baseballs) with Brady Kendrick and Jay McCoy.

This will be remembered fondly as it was the last I would chase with Linda, who passed away this year. 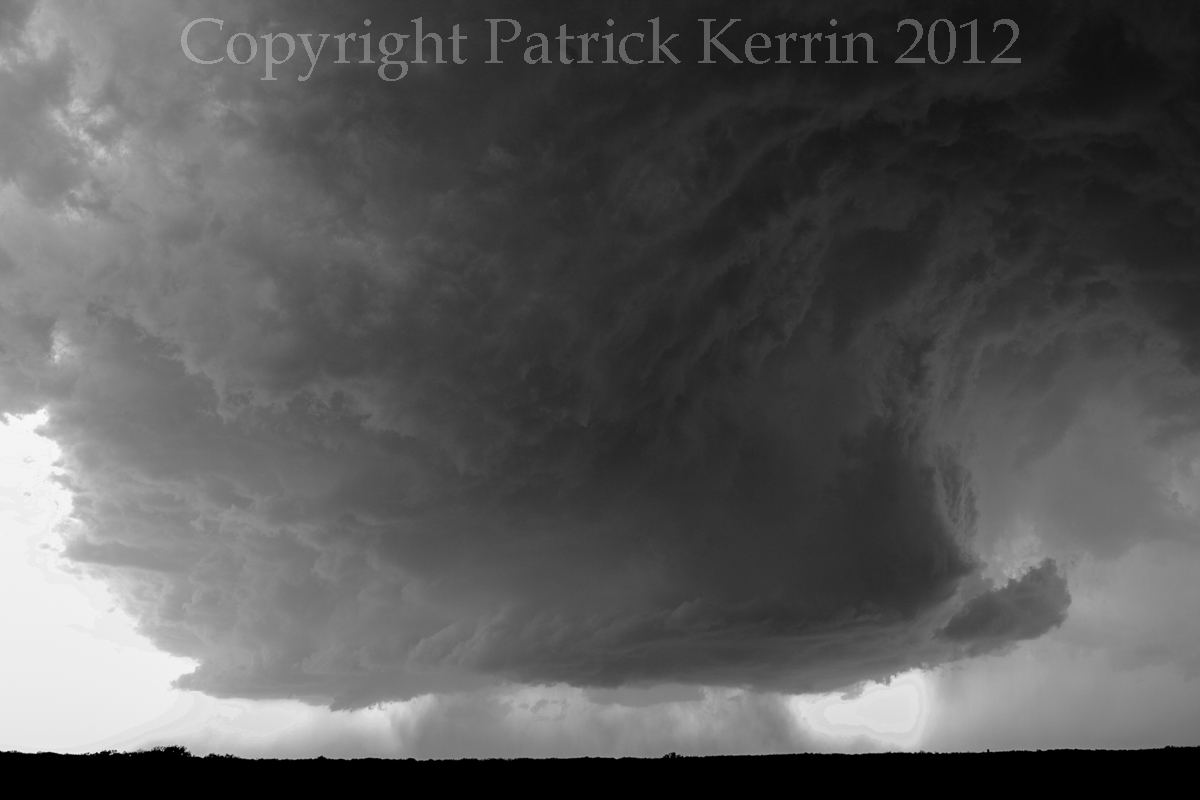 Here is the cold hard reality of Lake Huron in the winter. From Grand Bend, Ontario, March 2008: 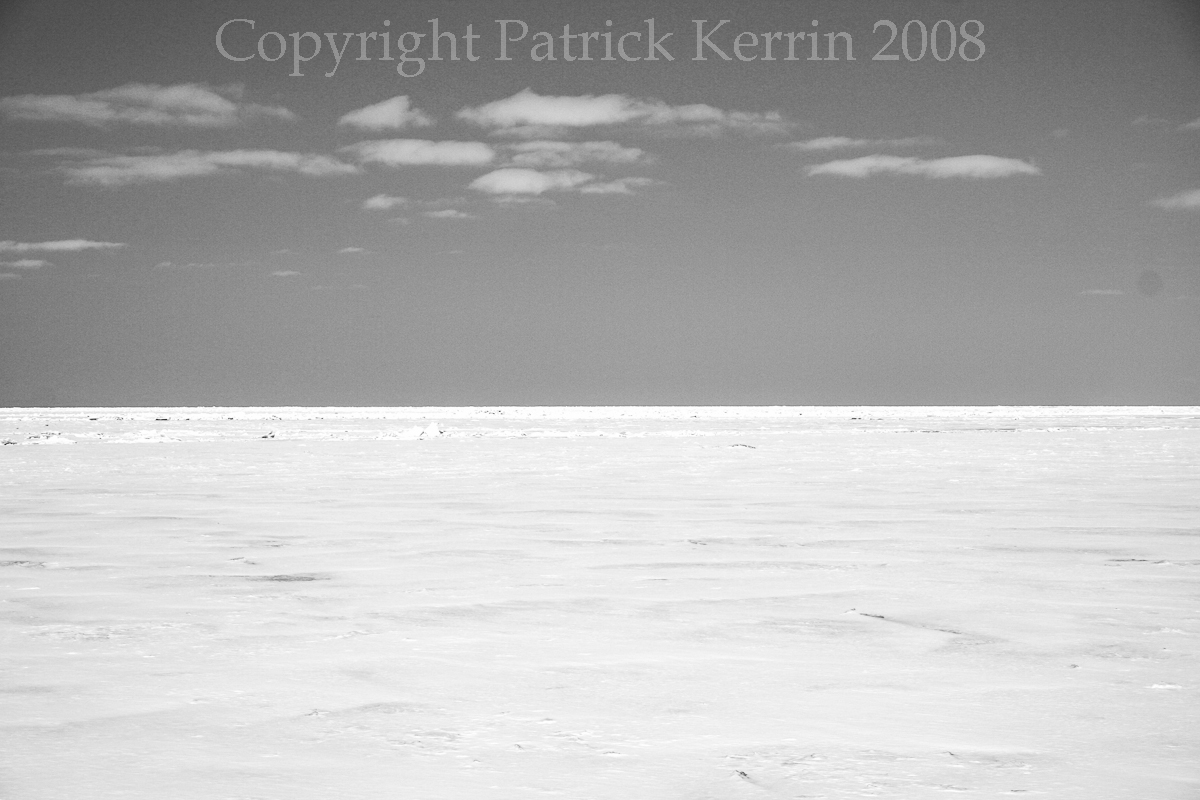 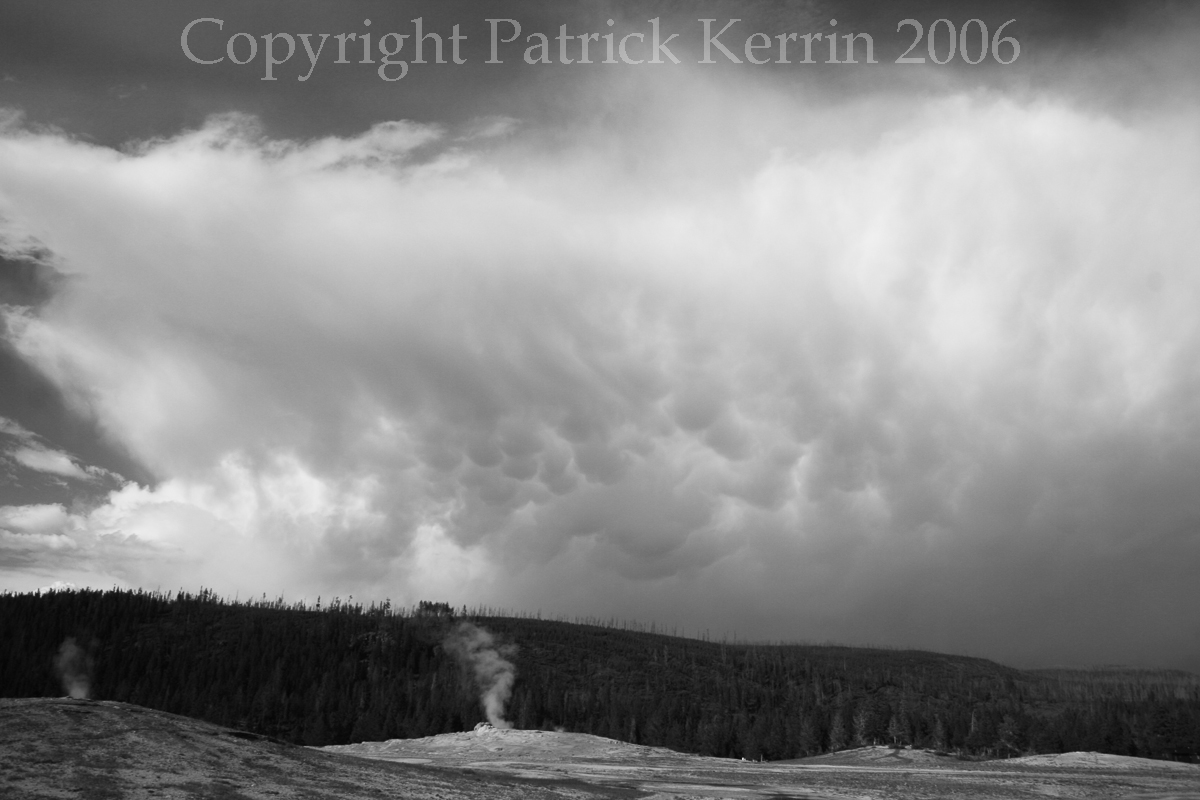 Roll the clock back to May 1992 – image taken with the Pentax ME Super and a 150mm zoom, leaning over the edge of the Royal Gorge bridge (955 feet over the Arkansas River), near Cañon City, Colorado.

Railfans may be able to identify the locomotive type (a little poking around suggests it is a ‘Denver & Rio Grande Railway’ freight).

The chase is on!

Back further to late May of 1994, a big ol’ Yucca plant near the banks of the Pecos River, off TX 290, a few miles SE of Sheffield, Texas.

I really like how the grey scale gives this a ‘Texas in 1880’ vibe!

I just love the vistas and landscapes of SW Texas! 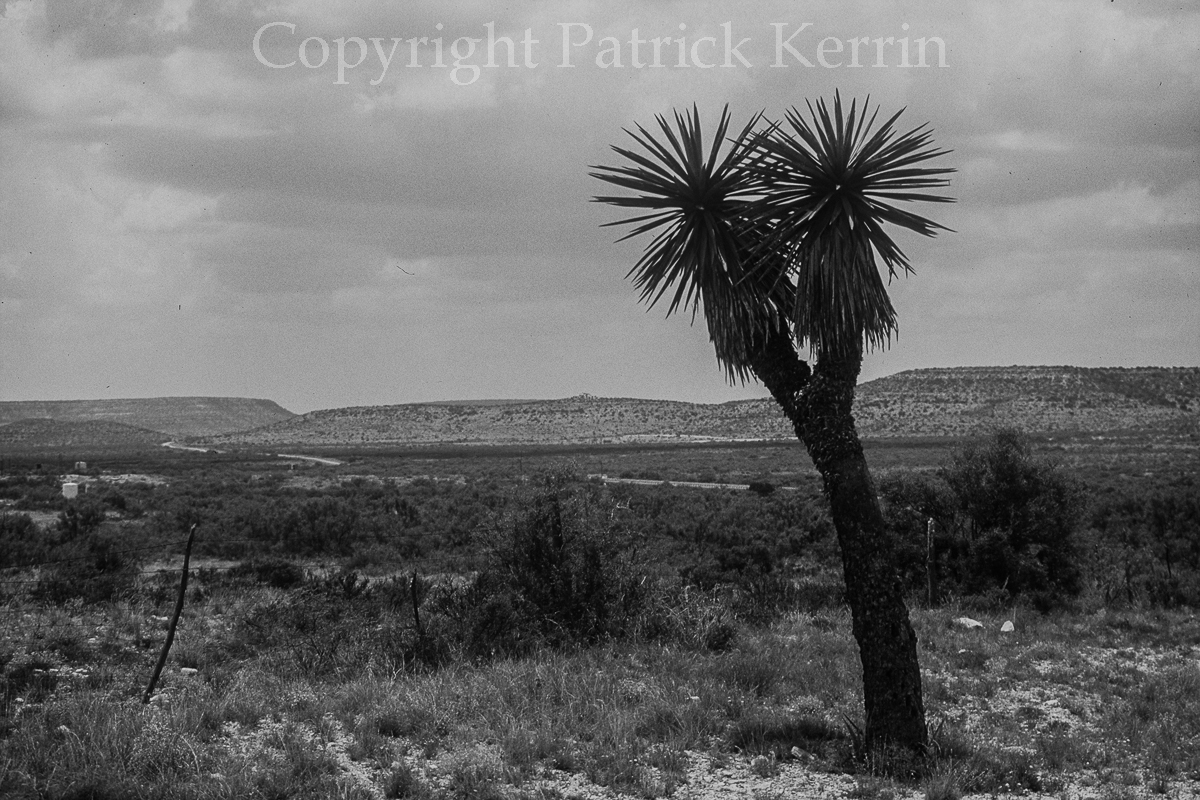 Although I couldn’t see a ‘clear-cut’ circulation on the ground, this is in Storm Data as a EF0 tornado that tracked briefly about two miles west of the intersection (reported by a ‘Trained Spotter’ – I do not know who made the report).

Aftermath of a relatively minor Ice Storm with little Sun Dog, NW of London, Ontario. Best guess is this is from the late 1990’s or early 2000’s. 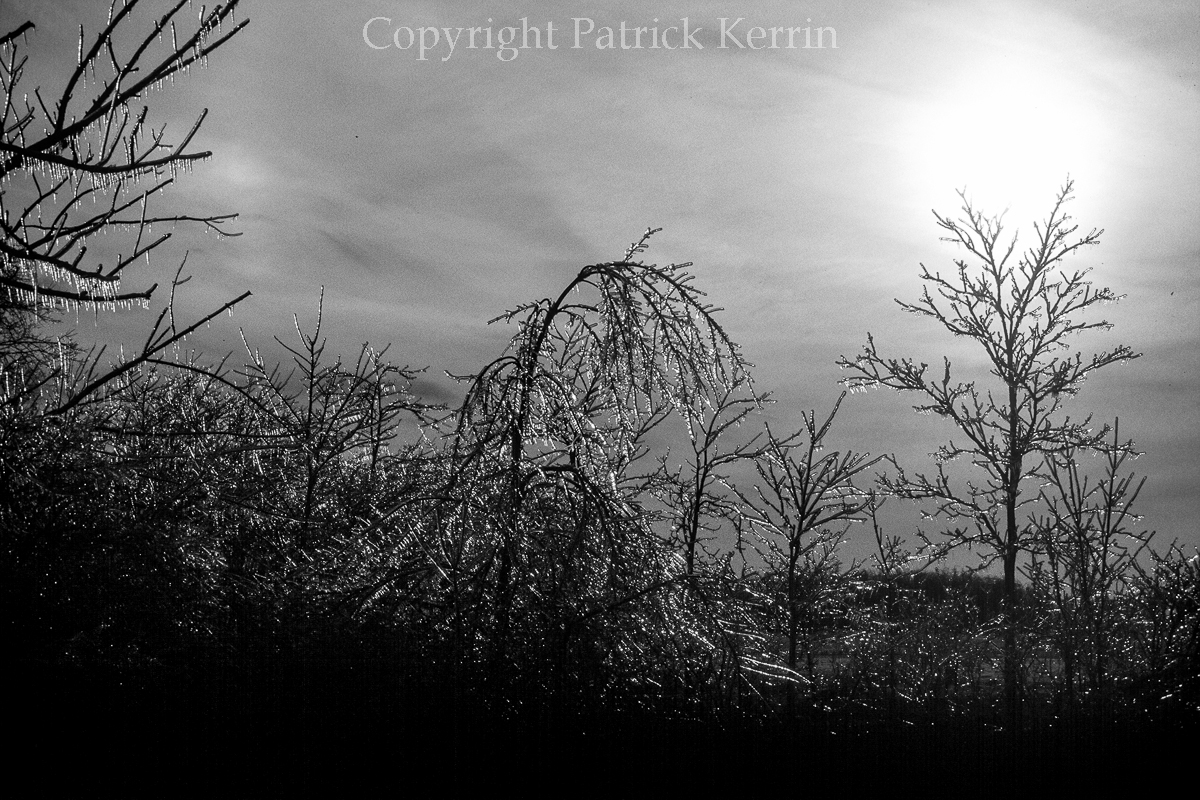 Quilted Sky full of Mammatus. 29 May, 1994, near Goldthwaite, Texas (pretty much smack-dab in the center of the state!).

Started out in Austin, made a BAD forecast, and could only recover and get close to the storms at dark (and called off the chase because of the heavy rain and the fact there were just too many cells).

It was, as any bust is, a valuable learning experience.

Altocumulus Lenticularis taken from the beach out in front of the Hyatt Resort in Incline Valley, Nevada (NE corer of Lake Tahoe), October 2009.